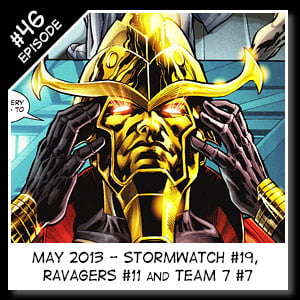 Welcome to another episode of Wildstorm Addiction! Our resident Wildstorm experts Joe David Soliz & Benjamin Murphy review the new DCU versions of Stormwatch #19, Ravagers #11 and Team 7 #7, as well as some other Wildstorm appearances in the new DCU 52! This month on our “Friends of Wildstorm” series, where we bring on a lifelong or recently converted fans of the Wildstorm Universe, we have Dave Bertrand a.k.a. DaveEB who is a regular at Clark’s Bar and can be seen spreading the Wildstorm love at the Comic Book Resource message boards sometimes too. Dave gives us a quick background on why and when he started following Wildstorm, which was the Wildstorm Rising crossover in 1994.

Joe welcomes everyone to episode #46 and gives his spoiler alerts warning. Remember, all written reviews on the website are spoiler free and usually get posted within a day of print release. A slowing of any good Wildstorm news to cover this month. Continue reading → 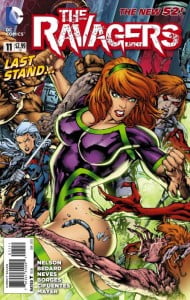 With just one issue left, Ravagers begins its wrap-up by bringing in all the players we’ve had in the book so far and making sure not all of them survive. It seems where the death of a title comes in the New 52, death itself isn’t too far behind. We get the introduction of an old Doom Patrol villain and lots of revelations that are starting to feel repetitive where the Wildstorm characters are concerned. Continue reading → 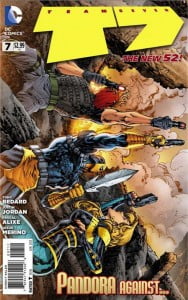 Normally when a title is announced for cancellation, it’s hard to get excited about any remaining issues. But Jordan has made these last issues of Team 7 absolutely incredible! The tag team of Merino & Alixe continue to deliver on the art side and the introduction of an old Wildstorm character (spoiled by the title of the issue) make this series so much fun now even here at the end. Continue reading → 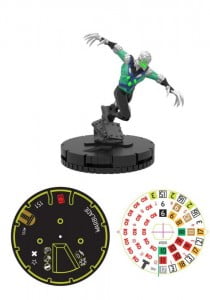 Sorry that we’ve fallen behind in reporting these but I’ve been in the middle of moving to Austin. And Wiz Kids has been so generous we’re actually several dozen figures behind so I’ll just focus on the latest release which was The Ravagers version of Warblade. Continue reading →