As many of you know, Wildstorm was folded into the DCU proper in 2011.  While you can still enjoy the Suggested Reading list for the Wildstorm Universe here, we thought it’d be helpful to create a section for all the New 52 releases.  We’ll update it as the trades are released.  Also if you’re looking for info on Warren Ellis’ The Wild Storm then click here.

If you are looking for our Reading/Checklist click here. 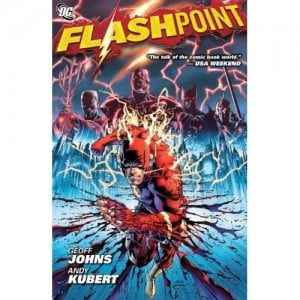 In order to understand how the Wildstorm U became part of the DCU, you must start by reading Flashpoint.

From there you can take your pick of which of the main titles to jump into:

Stormwatch- This series follows the “hidden” team in the DCU which has existed long before the Justice League and doesn’t consider themselves superheroes, but professionals serving a duty to protect the world…and that could mean protecting it from the superhero population as well. The complete series is available in 4 graphic novels:

Grifter- Cole Cash is an ex-member of Team 7, a group of individuals brought together to combat the growing superhero threat.  In the years since Team 7 disbanded, Cole has been working as a grifter, taking money from the corrupt.  But his life changes when the alien race known as the Daemonites set their sights on Cole.  Now he must not only find out what they want with him, but he’s also got to survive long enough to do it. The complete series is available in 2 graphic novels: 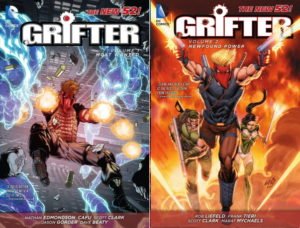 Voodoo- Priscilla Kitaen is an agent of the Daemonites trying to gather information about Earth’s superheroes so the Daemonites can conquer the planet.  But all that comes into question when Priscilla learns the truth about who she really is.  She must then decide whether to continue the cause or fight against her Daemonite masters. The complete series is available in 2 graphic novels: 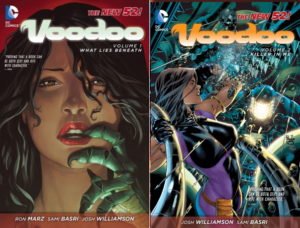 Superboy- Caitlin Fairchild is a scientist who works for the secret organization called N.O.W.H.E.R.E.  She is charge of monitoring the experiment that everyone refers to as Superboy because of the origins of his D.N.A.  When N.O.W.H.E.R.E. decides Superboy is a failed experiment, they try to destroy him but Fairchild saves him.  The two form an uneasy friendship as Superboy sets out to find the truth about his creation.  Also features appearance by Warblade. The first two graphic novels have appearances by Wildstorm characters. 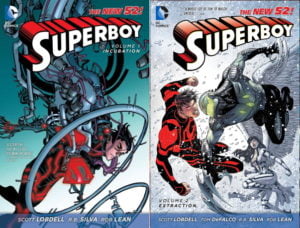 The Culling- This crossover from the pages of Teen Titans, Superboy, and Legion Lost brings the heroes of those books against Harvest.  He plans to have metahuman teenagers fight each other until only the strong survive.  The survivors have the “honor” of becoming one of The Ravagers, the group of survivors from previous Cullings who serve as Harvest’s personal guard.  The Teen Titans, Superboy, and Legion Lost must band together in order to stop Harvest. The crossover is contained in the Volume 2 graphic novel of each series below: 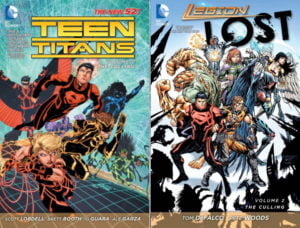 The Ravagers- After escaping Harvest during The Culling, Caitlin Fairchild takes a group of the survivors and tries to help them.  But Harvest and N.O.W.H.E.R.E aren’t giving up the chase and they pursue Fairchild and her group.  Fairchild must use her own powers and her connections to an underground resistance in order to help this young group of Ravagers. The  entire series is collected in 2 graphic novels: 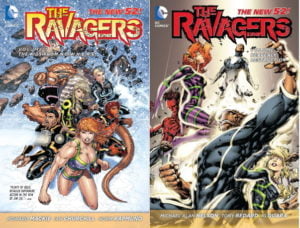 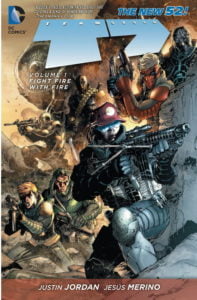 Team 7 – After the rise of super-powered beings around the world, the powers that be became concerned with this new global development.  But after the emergence of the Justice League and their battle against Darkseid, it was decided a team must be formed to combat the super-human threat.  Travel 5 years into the New 52’s past as John Lynch assembles a team crafted specifically to combat super-humans.  Witness the formation of the team as such notable heroes as Black Canary, Amanda Waller, Grifter, and even the infamous Deathstroke come together.  Their first mission really puts them to the test as they face off against Eclipso. The entire run is in this one graphic novel.