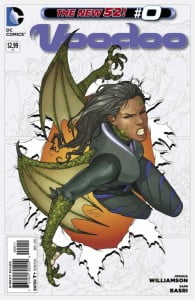 The end of the series comes with a very “safe” zero issue. The origins of Voodoo are not so much told as clarified as we build on things that were previously revealed in the series. The saving grace for this issue was the last page where Williamson returns to his strength from earlier in the series, which is the ability to leave us with a cool cliffhanger. 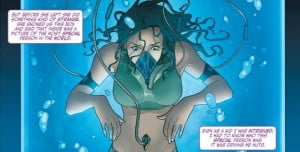 It’s hard to believe it’s been a year since the New 52 started and as much as I hate that this title is ending I have to admit, it was always the underdog. Voodoo as a character, even in the old Wildstorm Universe, was a good character but to me her strength was in her interactions with the other Wildcats’ members. Here in the DCU it was a good idea to make her a spy for the Daemonites but for whatever reason, DC was not happy with where original writer Ron Marz was taking that idea. So, they brought in Josh Williamson to inject some new life into the series and he chose to do so by revealing that the Voodoo we’ve been following is a clone. It definitely worked for shock factor and got a lot of people curious but for some reason, it didn’t seem to carry the series beyond that.

Clone stories as always messy (just look back at the infamous Spider-man Clone Saga). They work good in theory but I think the key is not to let them go on too long. I feel that’s what happened with Voodoo. The clone thing should have been resolved before the series ended. But unfortunately, they left it as a dangling plotline that will be carried over into Grifter. Now I will say, the setup they have for Grifter at the end of this issue is not something I expected and actually sets up more interesting story possibilities. Even with the creative changes happening over in the Grifter title, I hope there was enough communication between both creative teams to let the end of this issue continue to play out in Grifter. 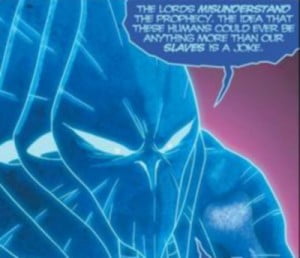 One thing I must reiterate before I’m done is I have thoroughly enjoyed Sami Basri as the artist on this title. The guy has done 13 consecutive issues! In today’s comic world that’s almost unheard of! There has never been a late issue nor have I ever felt that his art quality has declined. If there is a “Most Under-Appreciated” Award to be given out for the first year of the New 52, Sami Basri wins by a mile. I hope that DC utilizes him because if not, some other company will. I look forward to where they use Sami next.

Overall, the Voodoo series was just ok. It’s a shame because I want the Wildstorm characters to succeed so getting one of their books cancelled is never a good thing. On the bright side though, more people know about the character of Voodoo now. So when she becomes part of the Wildcats book that I know I’m hoping for, people will have some idea of who she is. Until then, at least she’s going to continue over in Grifter’s book.