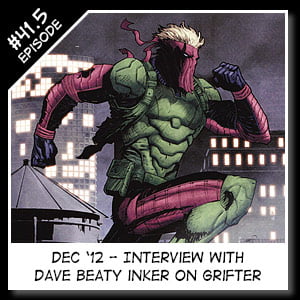 Show Notes:
Welcome to a special episode of Wildstorm Addiction! Our resident Wildstorm experts Joe David Soliz & Benjamin Murphy give an interview with the current inker on Grifter, Dave Beaty. We chat with about the rise and fall of this Wildstorm character in the new DCU 52.

00:00:36  – Ben welcomes everyone to a special episode #41.5 and welcomes Dave to the podcast. We apologize for the audio quality on this interview, this was our first attempt spanning three different time zones(probably not true) and my bandwidth couldn’t quite keep up(definitely true!) and Dave seemed to have some background his in his microphone. Alas, there is good information to be gleaned from this worthy artist and the show must go on! 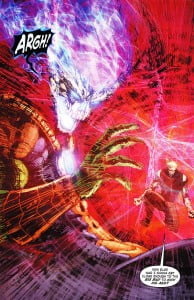 00:01:32  – Joe gets it started by asking Dave how he broke into the industry as an inker after having seen some overlap and confusion about Scott Beaty on the internet for some of the main comic book databases.

00:05:16 – Ben wonders how hard is it to transition between pencilers on the same book.

00:08:09 – Ben asks Dave to get a bit more specific by explaining some of the tools he used and more of the process with the inking step in the production. 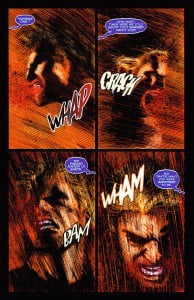 00:15:39 – Joe wonders what Rob leaving may have done to the fate of the title being cancelled. He also wonders with his absence did DC make a conscience effort to downplay some of the Wildstorm introduction into the new DCU 52 such as Voodoo’s cancellation, Zealot’s quick disappearance, very small cameo’s of Pike, change in direction for Team 7, and the quick dismissal of the Daemonite presence from the DCU after such an obvious build-up in major titles through-out the first year.

00:23:28 – Ben like to discuss the ever closing distance between creators and fans with the proliferation of social media beyond the simple forum. He wants to know Dave’s thoughts on where this relationship will head in the future of comics.

00:28:53 – Always liking to go out on a light note we checked out the honors and achievements on your website www.davebeaty.com. We want to know…are you in fact a ninja?

00:40:51 – Joe gives a shout out to Chris Striker, of the TheAuthority.ws and Stormwatch.ws websites. Remember to visit The Higher Authority’s message boards Clark’s Bar to continue the Wildstorm integration discussions among long time Wildstorm fans at theauthority.ws. Be sure to check out our friends of the show, the Image Addiction podcast as they cover new releases from Image Comics and the Only the Valiant podcast as they cover the re-launching of Valiant Comics which current titles include X-O Manowar, Harbinger, Bloodshot, Archer & Armstrong, and Shadowman.

And now Valiant has TWICE the coverage as our friends over at www.culturalwormhole.com have started a new podcast covering Valiant comics called Valiant Future.  These guys are Comic Addiction veterans so head over and check them out!