Wiz Kids just keeps the early Christmas presents coming as they announced today the release of The Ravagers as part of the Teen Titans Heroclix.  The set includes Caitlin Fairchild, Ridge, Thunder, Lightning, Beast Boy, and Terra.  It’ll be interesting to see if they use the team dial system as we’ve seen so far with Gen 13, Teen Titans, and Red Hood and the Outlaws.  Too bad the theme is obviously teens for the set or else I would’ve liked a Stormwatch team.  Oh well, at the rate Wiz Kids is going I wouldn’t be surprised if we get a Stormwatch release sometime in the near future.  Until then, check out the pics of the figures below: 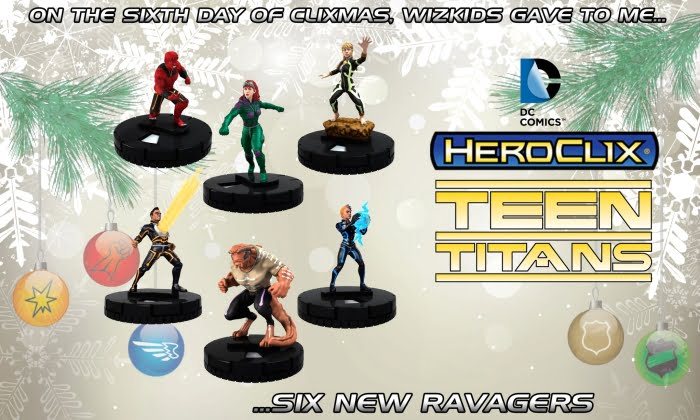