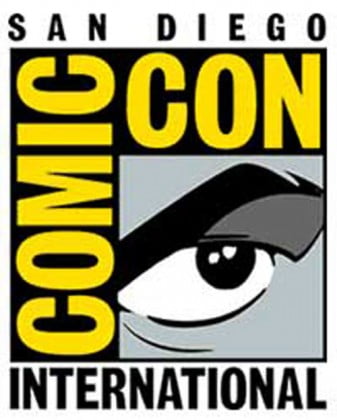 New puzzle covers for the Wildcats and The Authority were released. One cover was by Tim Seeley and the other was by Jheremy Raapack. Preview art for upcoming Gen13, Wildcats and The Authority issues was also shown. Writer Adam Beechen arrived late but discussed that several story arcs would be wrapping up soon in Wildcats, including the arc involving the character Aeon.  Phil Hester talked about enjoying his collaboration with Cruddie Torian, saying he was a great fit for the title. Ben Abernathy discussed DV8:Gods and Monsters and how it’s been well-received. Images from Gail Simone’s Welcome to Tranquility:One Foot in the Grave were met with applause. Ben talked about the series being a direct sequel to the original. He went on to discuss the new Wetworks:Mutations one-shot. It will be part of the “World’s End” story and will catch up readers on what the Wetworks team has been doing.

The panel discussion then shifted to Wildstorm’s creator-owned titles. Ben Abernathy talked about Ex Machina’s final issue. Ben stated, “You guys will be blown away by issue fifty!” Jim Lee will provide a variant cover for the issue, which is 48 pages, with no ads. Kurt Busiek mentioned that his comic Astro City had been picked up as a movie by Working Title Films. He also said that the Silver Agent mini-series is the “final issue” in the first stage of Astro City’s over-arcing story. This will lead into the new Astro City monthly series, which will have new characters and new mysteries. Stuart Paul talked his Ides of Blood mini-series, stating that the premise is the assassination of Julius Caesar by vampires. In this series, vampires are the new slave class in Rome. He also mentioned there are nods to Shakespeare and Dracula mythology. Christian Duce is a South American artist who is new to this country and will be doing art for the book. Next up is the mini-series Tom Strong and the Robots of Doom, which is out on stands now. Peter Hogan actually got Alan Moore’s blessing to write this story, which ties back to the original Tom Strong series. Finally, a sequel to Victorian Undead was announced. It will start with a Victorian Undead special in October and will continue with a five-issue mini-series beginning in November. The original creative team of writer Ian Edington and David Fabbri will return.

Next up was Wildstorm’s licensed properties. First up is the Red: Eyes Only prequel comic, which marks the first time artist Cully Hamner will not only provide art, but will also write the issue. Cully received Warren Ellis’ blessing to do this prequel when Ellis was unavailable for the prequel. Two T.V. properties were talked about, which were Fringe: Tales from the Fringe and X-Files/30 Days of Night. The Fringe comic is in continuity with the show. Several video game titles were discussed, including Gears of War, God of War, Telara Chronicles, Kane and Lynch, Ratchet & Clank, Driver and End of Nation. The Gears of War comic coincides with the release of the video game Gears of War 3 in the Spring.

The panel was opened to fan questions. Chris Striker of The Higher Authority website asked if Wildstorm was going to do more original graphic novels similar to A god Somewhere. Hank Kanalz said they are looking at several projects. When asked if he had any more projects coming, Kurt Busiek said he had a project called Witchland. He described it as Astro City if the genre were urban fantasy; magic in ordinary life. It will be a six issue mini-series.  Busiek also added he is doing a sequel to his Arrowsmith comic in novel form called Arrowsmith:Far from the Fields we Know.

The panel closed off with Adam Beecheen as he invited attendees to join him at the Hyatt bar for a meet-and-greet.

UPDATE: Also, not revealed at the panel but revealed afterward by Darick Robertson, he and Christos Gage have an un-named creator-owned project they’re working on.