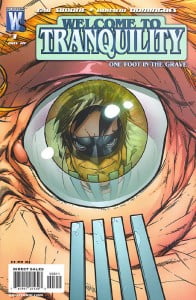 “Homecoming-Part 3: An Armor of History” (No Spoilers)

Gail Simone is a true master of the story telling device “the plot thickens”. This is only the 3rd issue of this mini-series and she has packed so much story into this series so far. She is also doing a great job of balancing all the characters which is no easy task with an ensemble cast. 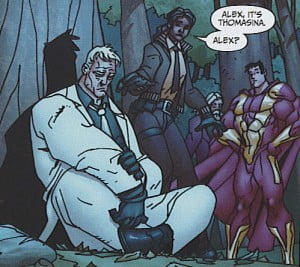 The story behind the villain of this story could have easily been written off as a cliché. But Simone takes us down some dark places as we see the true nature of this villain. We also find out pretty quick how he got this way. This new character she’s introduced is really powerful and it leads to some disturbing uses of his powers. This issue is really about him as the other characters can do little else but be reactive to the events unfolding before them.

Domingues’ art is growing on me a little but there are still some places I feel he can improve. However, there is one scene between Henry Hate and Zombie Zeke that he illustrates which was hilarious! I’d call it Simone’s obligatory humor scene but I think that comes off as negative. And believe me there is nothing negative about Simone’s humor. She comes up with some fun scenes (wait until you see the in-comic “advertisement”). 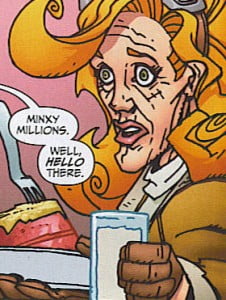 One Foot in the Grave seems to be focusing on our new villain more than the citizens of Tranquility. This may make the difference for new readers because they’re learning about this new character as older fans do the same. It’s almost as if he’s the window into this story. I hope people are giving this title a try. It is proving to be a solid read each month.