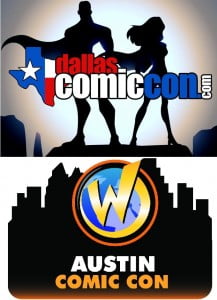 The last two weeks have been a great time to be a comic book fan here in North Texas!  We had two amazing conventions over consecutive weekends and they each were equally amazing!  The highlight for me for Dallas Comic Con: Fandays was meeting Felicia Day (of the infamous web series The Guild, if you’ve never checked it out.)  Fandays is a smaller con which can normally be completed in one day.  Because of other commitments I had that weekend, my one day happened to be Sunday, traditionally the slowest day for most cons. 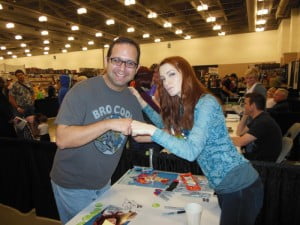 But one surprise was getting to meet Image Founder and Wetworks creator, Whilce Portacio.  He was a very nice but very soft spoken guy.  It took me a while to get him talking but I told him about our podcast and how much we loved his work.  I really wanted to interview him but since he’s not currently doing any 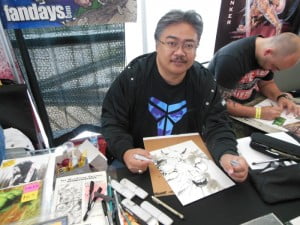 work with his Wildstorm creations, I felt it would have been inappropriate.  He did say, however, that he would revisit Wetworks in the New 52 but DC had not approached him about it.  I then scored big as he had some of his old (over 15 years old!) limited prints of his 8 piece Variant cover which ran through several Wildstorm titles in 1994.  He signed them and even though I have the original comics, I had always wanted to frame them into the giant poster they form.  So, I may now do this with the prints instead. 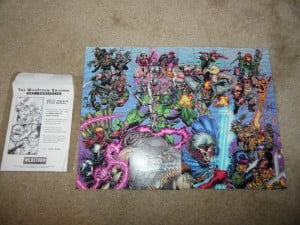 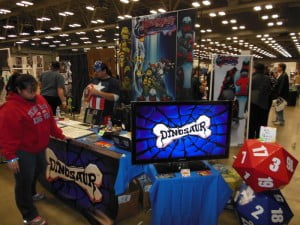 Wizard World-Austin just passed and this is the second year in a row I’ve attended as a vendor.  A friend of mine, Roy Gonzales, is a local artist in Austin who has used this con as a foot in the door to the world of selling your art.  We had a successful run last year and we eagerly looked forward to year 2 of our endeavor.  An added bonus we had this year is another friend of mine, Jesse Sosa, just started a new video game company in Austin called Dinosaur Games.  We were showcasing their upcoming game, Mech Knight Chronicles.  On top of that, we had a friend selling some giant game dice he had made.  So we had a very diverse booth in Artist Alley this year.  🙂 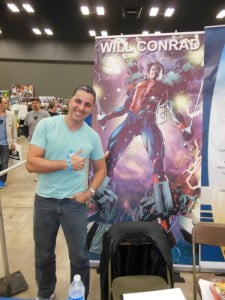 As for our podcast, because Dinosaur Games was sharing the booth with us, I decided to give up our space which would have been used to promote the podcast.  However, this didn’t stop our podcast from having a presence at the con.  First up, Stormwatch artist Will Conrad was attending so he did an interview with us which we’ll showcase in an upcoming podcast.  He was a very nice guy and very appreciative of the fans.   Look for his upcoming interview to see what questions and teases he gives about Stormwatch. 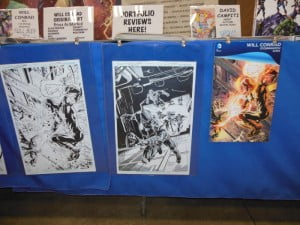 I also had the privilege of running our first ever podcast crossover as fellow Texan, Chiclo of the Only the Valiant podcast attended the con this year.  He and I did a segment where I shared my thoughts on the Valiant books so far and he shared his thoughts on the Wildstorm stuff in the New 52.  We hope to release the recording on both our podcasts so be watching for it.  It was a lot of fun and I hope it’s something we can get to do with them again in the future.

So, overall October ended up being a great month to be a nerd in Texas!  My convention attendance is done for 2012 but 2013 will be here before you know it and who knows what podcasting goodness it’ll hold for us! 😀 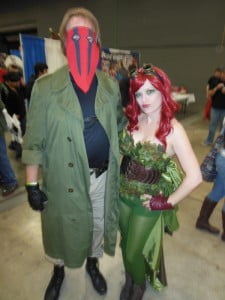